Yes. You Can Take A Science Lab Online. 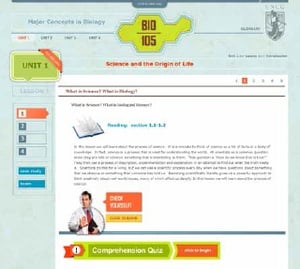 Wait! Don’t science labs need beakers, test tubes, dangerous chemicals, and the close supervision of a worried instructor to make sure you don’t blow yourselves up?

No. Mostly a science lab needs the kind of equipment (and questions) that will allow you to solve problems in the same way scientists do, in a valid and reliable experiment.

Fortunately, UNCG’s innovative BIO105: Major Concepts in Biology science lab online is set up to do just that. In addition, it’s just cool.

The course is set on an imaginary island inspired by “Lost” and introduced by an actor scientist. You wander through evocatively named sections (Cousteau, Darwin, Laveran, and Romero) and use the scientific method to analyze intriguing case studies on important biological topics.

(This last question sprang from a the case of a “real” zombie, Clairvius Narcisse of Haiti, who apparently died and was buried in 1962, but returned decades later claiming to be a zombie. Native sorcerers eventually revealed the natural cause of the transformation.)

Science doesn’t always require a mass spectrometer or a Large Hadron Collider. Gregor Mendel worked out the science of genetics growing garden peas. UNCG’s BIO105: Major Concepts in Biology teaches you the major ideas of biology while letting you conduct cool lab experiments in your very own kitchen.

END_OF_DOCUMENT_TOKEN_TO_BE_REPLACED 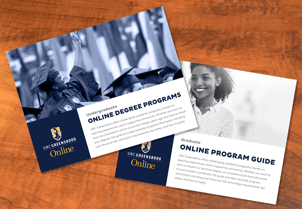