From Homelessness to Community Advocate

Josie Williams didn’t think she would ever go to college. “That just didn’t seem accessible to me at the time,” she says.

She was a young, single parent. At one point, she spent more than a year living in her car. But Williams knew she had a good skill set. Determined to get her daughter into college, she made a deal with her that she’d do the same.

When her daughter enrolled in college, Williams enrolled in an adult program and earned a bachelor’s degree in 2016 at age 42. Ready for the next level, Williams then earned an online Graduate Certificate in Nonprofit Management (NPM) at UNC Greensboro. She plans to start UNCG’s Master’s in Public Affairs program next year. Students who enroll in the certificate program can apply to the master’s program and receive 12 hours of credit toward the degree.

Create Change in the Community

The certificate paved the way for Williams’ role as Director of Community Engagement at the Greensboro Housing Coalition, where she has been instrumental in helping residents create positive change.

Homelessness helped Williams realize what she wanted to do.

“When I went through that, I made a promise to myself that if there was anyone that I was around or worked with that was in that position, I was going to try to do something about it,” she says. “I just felt like there had to be a better way, there had to be a solution to address that.”

Through the Collaborative Cottage Grove project, she coordinates a resident-led coalition of health systems, government agencies, social service providers, researchers, and housing advocates to make improvements, such as adding sidewalks, parks, and a community market. The Cottage Grove neighborhood lacks safe, affordable housing, combined with high rates of health risk factors such as asthma due to substandard housing. She has helped residents find a voice and guide the decision making in their community. And it’s gaining national attention from places like PBS who seek her out for stories.

Time to Level Up

Williams considered graduate school after earning her bachelor’s but didn’t want to take the GRE. Lucky for her, it’s not a requirement for the NPM certificate. The flexibility of online courses and success stories of business professionals who advanced careers because of the certificate convinced her. She felt she needed to prepare for the next level in her career.

“There was something in me that knew I was going to need the education to validate the reality of what I was seeing in my life,” she says. “I needed to have that knowledge and understanding to connect the dots of what was really happening in our community. Although I lived it, I still needed something else.”

Use Course Skills for Impact

The lessons Williams was learning in her NPM courses aligned directly with the reality of what she was seeing in her work.

“I was able to take things that I learned and apply them immediately in my work setting, and that got my attention,” she says.

She gained grant development and proposal skills, such as researching grant opportunities and understanding the internal and external environment that will impact a proposal. She has managed two major grant proposals so far, with one award of $262,000 for two years.

Williams says her courses helped her identify areas where she can improve in recruiting volunteers, and she has taken every opportunity possible to use her organization for partnering in collaborations.

Part of the UNCG Network

Williams has attracted attention. Other schools have tried to recruit her. But she says nothing compares to what UNCG can offer her — it’s cost effective, the network in Greensboro is second to none, and many professionals in organizations she works with have gone through UNCG.

“If I’m going to do anything, I’m going to network in my area, network with the people that I’m around the most, and I’m going to create something wonderful in my community,” she says. “Right now UNCG was the best fit for me to do that, and now I know how great the professors are. I think I’ll stay.”

For more about the Graduate Certificate in Nonprofit Management, download a brochure.

END_OF_DOCUMENT_TOKEN_TO_BE_REPLACED 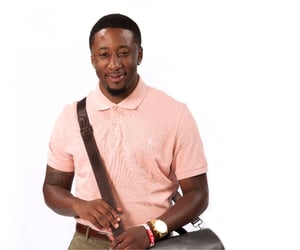 As a UNC Greensboro undergraduate student, Joshua Leeper was an active volunteer. When he learned he could make that kind of work his career, he jumped at the chance to start his own nonprofit.

END_OF_DOCUMENT_TOKEN_TO_BE_REPLACED 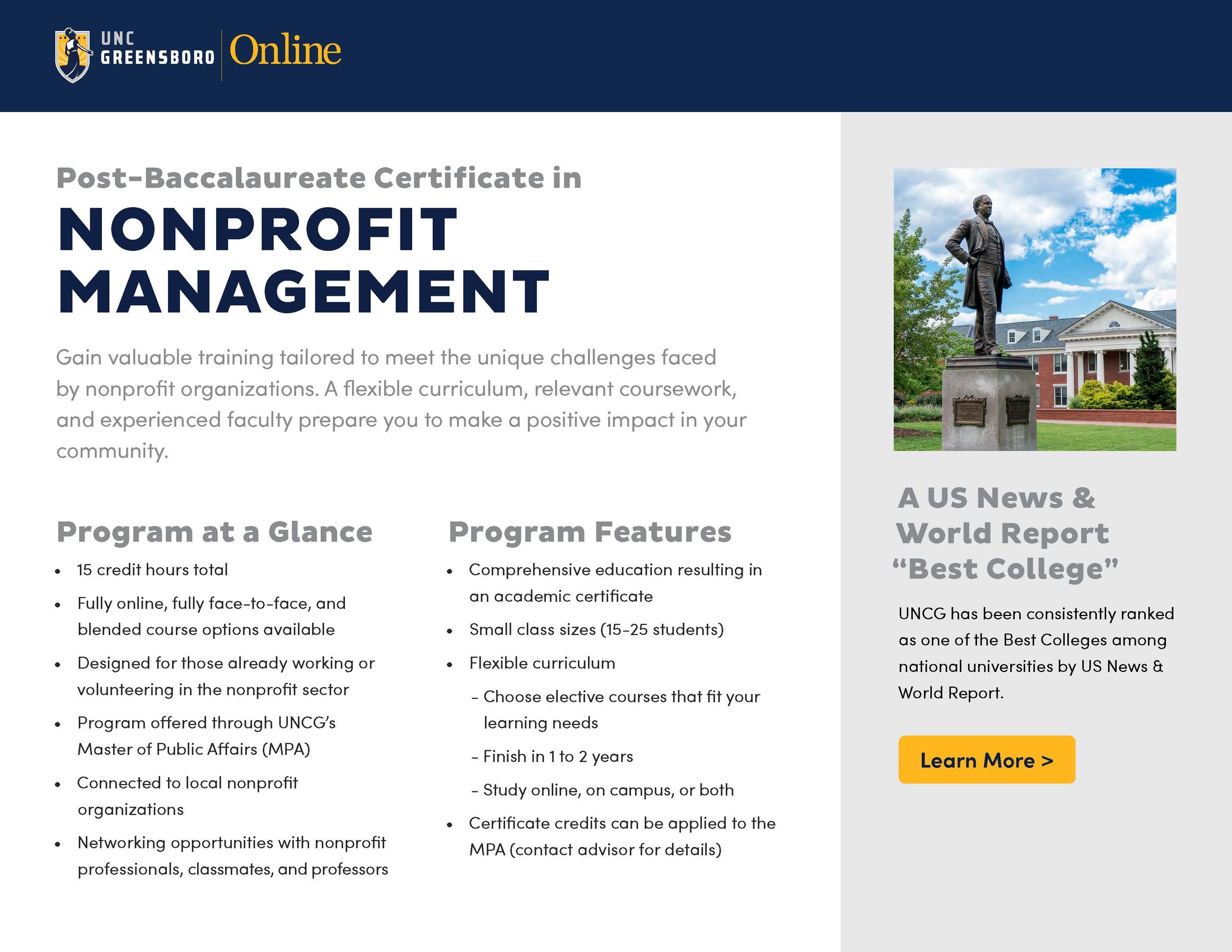