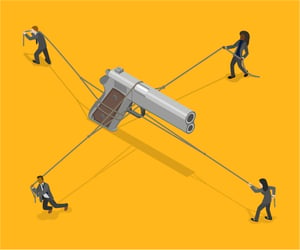 Even if you think you know how you feel about gun rights, responsibilities and regulations, the Great Gun Debate course will surprise you. It’s not a typical college course.

Part of the online BA in Liberal Studies (BLS) at UNC Greensboro, the course takes a deep look into the history of guns in America — from the origins of the Second Amendment to the rise of the Ku Klux Klan to the increase in school shootings since Columbine High School in 1999 to the 2008 Supreme Court decision in District of Columbia v. Heller that protects an individual’s right to possess firearms. Many students may be surprised to learn there have been gun regulations since America’s founding.

“From the late 1700s onward, there have always been regulations on who can possess and use firearms,” says course instructor Dr. Joseph Ross, the history lecturer who developed the course. “It has really only been since the 1970s that we’ve seen this shift where groups like the National Rifle Association (NRA) have pushed for no gun control whatsoever because they argue it violates the Second Amendment.”

The BLS program offers unique courses where students can explore complicated topics. BLS Director Wade Maki says the course works for the program because it connects humanities to contemporary issues.

“As an interdisciplinary program, we can take a contentious issue like guns and provide historical, ethical, legal, social, and cultural perspectives to it,” he says.

Ross developed the course to dig deeper into the historical aspects of a topic he’s heard a lot of people debating.

‘How the Past Matters in the Present’

Ross used Adam Winkler’s Gunfight: The Battle Over the Right to Bear Arms in America to choose the topics and develop the timeline for the course. It covers gun ownership in early America, laws prohibiting African Americans from owning guns, the Black Panther Party and gun ownership in California, and the evolution of the NRA, which was founded to promote marksmanship and shifted focus to gun rights in the 1970s

While he uses current events in all of his courses to show students how the past matters in the present, there are seemingly always gun-related incidents in the news. “Sadly, there’s always a discussion about this because we seem to have another mass shooting every month,” he says.

As a final project, students work in teams to develop a case study and create a website related to gun rights, gun control, or gun violence. For example, the project can be a resource for a community to show gun-related deaths. Ross eventually hopes this class can partner with and contribute to an established gun-related research group.

Those resources can be valuable. The Dickey Amendment cut federal funding for gun violence research in 1996, leaving it to private organizations and nonprofits to try to piece together statistics and data.

Congress recently allocated $25 million for gun violence research to be split between the Centers for Disease Control and Prevention (CDC) and the National Institutes of Health (NIH). Ross says it’s too early to know what impact this funding might have on gun violence research in the United States.

“This could signal a genuine desire among our nation’s politicians to better understand the causes of gun violence with the hope of preventing it,” he says.

Appreciate Both Sides of an Argument

Some students in the course have been surprised to find that they don’t have to side with gun rights or gun control. There can be a solution where both sides come together. Whatever their stance, Ross wants students to develop an appreciation for the other side of the argument.

As students analyze and contextualize historical sources and participate in discussions, he wants them to be open to others’ perspectives. “I would like for students in my history classes to develop empathy, where they try to put themselves in the place of others and see the world through a different set of eyes,” he says.

For more information about the BLS program, download a brochure.

Women And War Bring Insight To The Workplace

END_OF_DOCUMENT_TOKEN_TO_BE_REPLACED 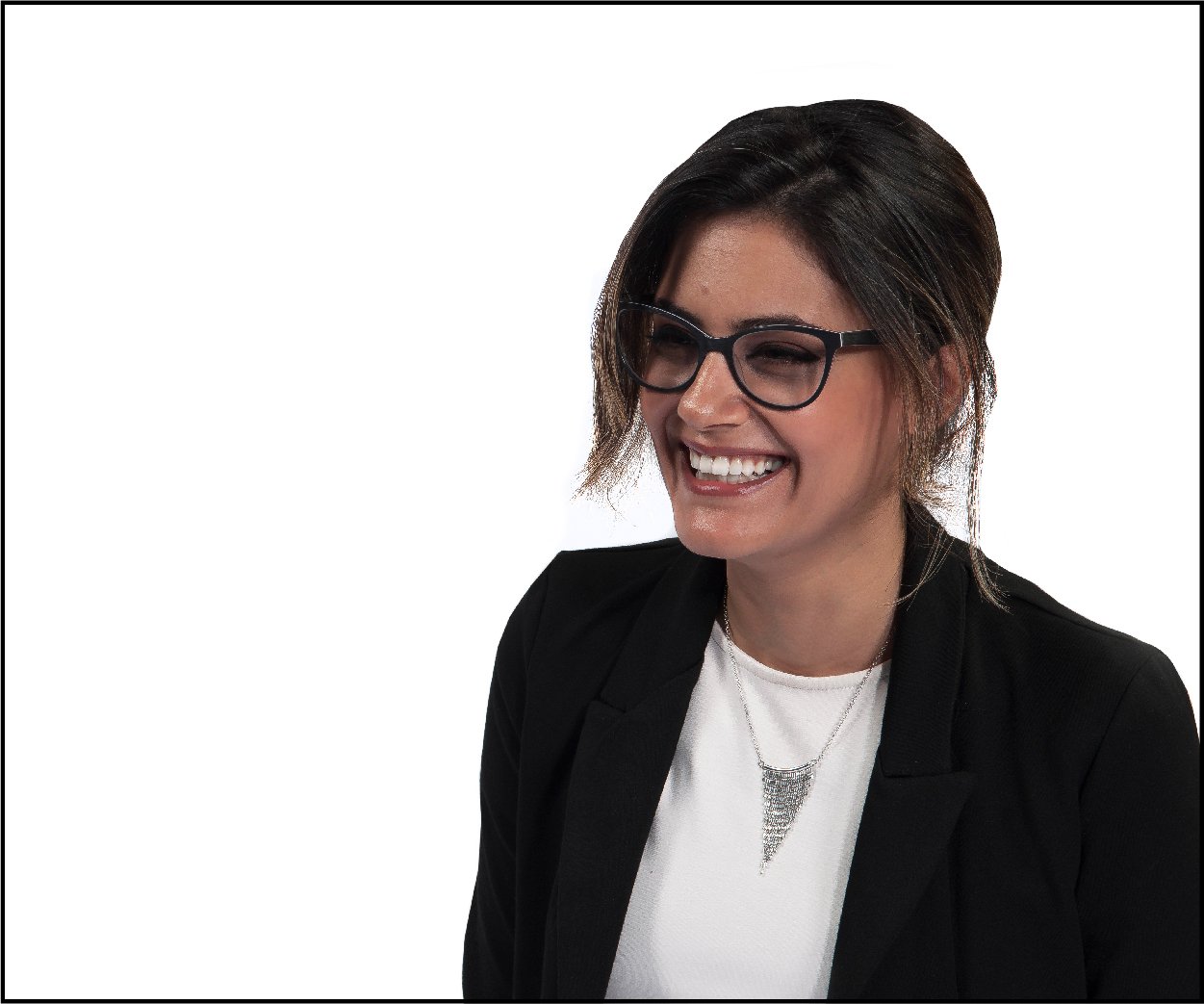 Research In Iraq Puts BLS Grad On Path To Her Future

END_OF_DOCUMENT_TOKEN_TO_BE_REPLACED 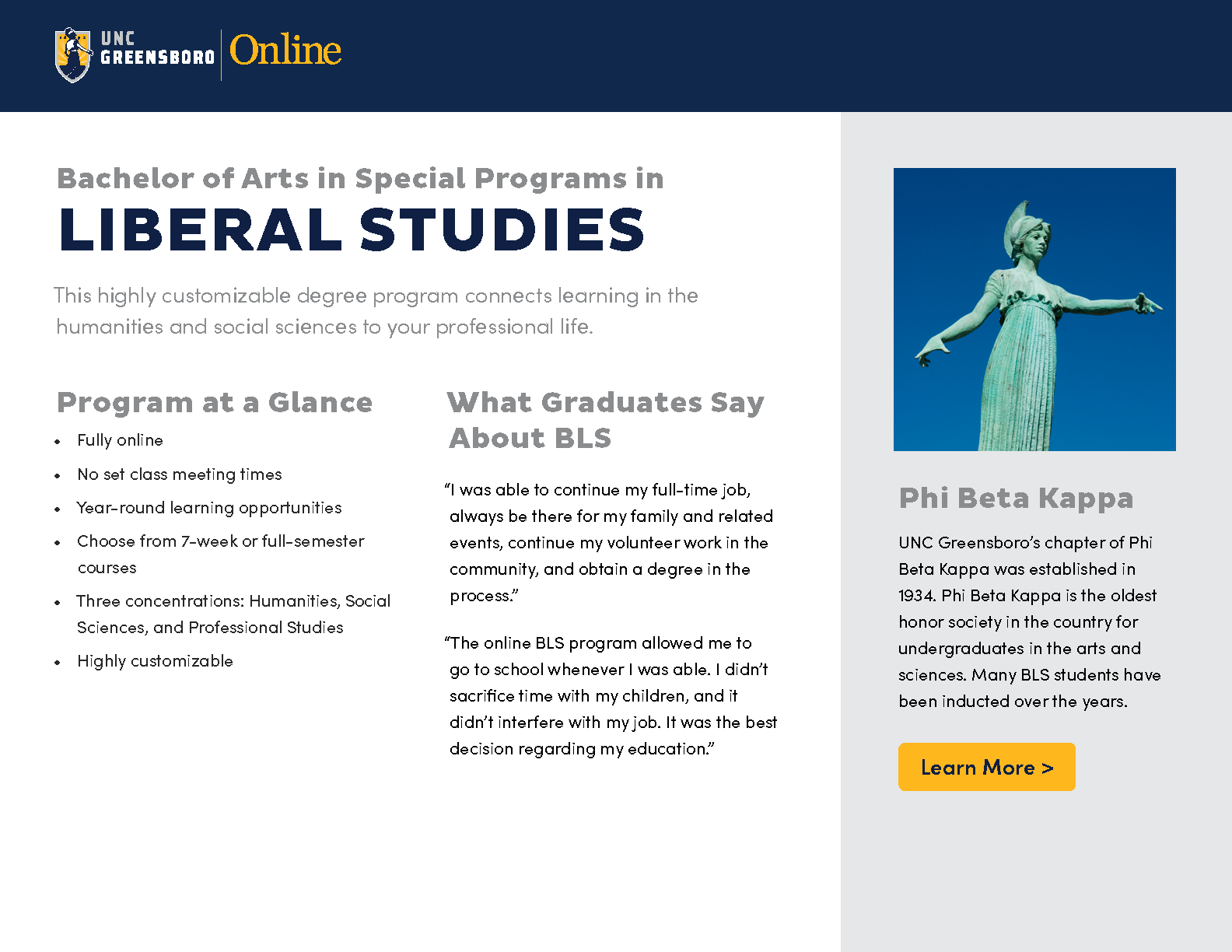