Get Your Master's Online While You Teach

Tamara Irving began her career in marketing. A dancer since age 3, she left the corporate world and quickly found herself back in leotards, eventually touring with Disney’s “The Lion King.”

A Master’s Specific to Dance

Now director of dance at her alma mater, North Atlanta High School in Atlanta, Irving says she felt her undergraduate degree, teacher certification, and professional dance experience weren’t enough. She wanted a master’s that was specific to dance, feeling she missed that experience at the undergraduate level.

In 2017, she graduated from the online Master of Arts in Dance Education at UNC Greensboro. The online format was flexible for her family and her job as a teacher.

Learn to Create a Curriculum for Everyone

The program is designed for public school educators who teach a diverse population of students. Though primarily online, cohorts start the program on campus with a focus on movement. “It was just magical being able to be there on campus, dancing but knowing that what we had ahead of us would be finding ways to infuse that learning,” Irving says.

On their own, students log hours of dance movement and write about how they incorporate lessons into their own classes. They learn to create, research, and write curriculum.

A Network of Support

Irving says UNCG provided plenty of support, even from a distance. The Writing Center helped with citations and formatting, and professors advised on finding time for coursework and building a peer network.

That support was valuable. The group used discussion boards and Google Hangouts for coursework, and they turned to social media to vent about life and school.

“Those are the things that really helped us to feel like we were not really in a distance program,” she says. “Even though we were not together, we felt close.”

During the program, they all worked full time. Some are mothers. Finding time was something they could all relate to. One woman gave birth during a semester, so feeding her baby during group work was a reality. “It was real life here,” Irving says.

A mother of three, Irving said she found chunks of time to work in the mornings before her job and during planning periods. “Even if you have 45 minutes, you have to be able to concentrate just on what you’re doing for that 45 minutes,” she says.

Skills for the Classroom

Irving says she learned time management, organization, how to create a curriculum, and how to differentiate, adapting for students with special needs or those who finish work early.

Irving teaches elective dance classes and most of her students aren’t interested in pursuing dance as a career, but she needs a curriculum for all of them. “That was probably the hardest part in figuring out how to create the curriculum with all these students in mind,” she says.

Irving says having the degree has changed everything — from salary, to opportunities, to people recognizing hard work.

In addition to her high school teaching position, Irving is an adjunct instructor of dance at Young Harris College. Because of the degree, she was asked to create an online curriculum and teaches dance history online at the college. The class is in direct alignment with her thesis, where she created an online curriculum.

“I wouldn’t have been able to get hired by them unless I had that degree, no matter the experience,” she says.

For more information about the Master of Arts in Dance Education, download a brochure.

Innovative, Flexible, and Online—UNCG's Master of Arts in Dance Education

UNC Greensboro’s Master of Arts in Dance Education (MADE) program is tailored for dance educators with a passion for working in the field. Director Mila Parrish explains, “Our program fits the working life of a professional educator, whether your focus is K–12, higher education, or running a dance studio or arts organization—the program works with your career.”

END_OF_DOCUMENT_TOKEN_TO_BE_REPLACED 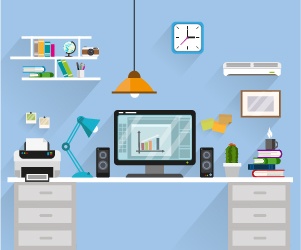 Skills for a Changing Workplace

The future of the workplace is expected to make a big shift. Are you ready? Though millions of jobs will be replaced by automation, new ones will be created. A new report by the McKinsey Global Institute says that as many as 375 million jobs will be automated by 2030. You may need to learn new skills to prepare.

END_OF_DOCUMENT_TOKEN_TO_BE_REPLACED 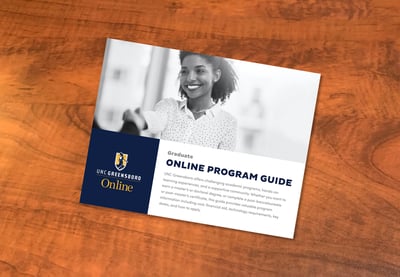