Research in Iraq Puts BLS Grad on Path to Her Future 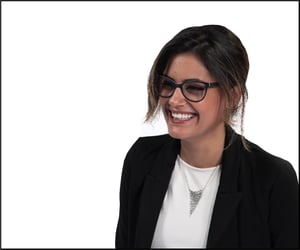 Ghazi first came to the United States in 2008. She had just graduated high school in Syria, where her family lived as refugees for two years. They left Iraq in 2006 because of sectarian religious conflicts between Sunni and Shia. Specific Islamic sects became targets, and her family received threats for following a different sect of Islam.

The conflicts eventually led to the formation of the radical Islamic group ISIS, which occupied Mosul for three years. During liberation, Ghazi couldn’t sleep. “I was like, ‘How do those people feel?’ Because I’ve been through that war feeling before,” she says. “When you’re just sitting home, you don’t know if the next missiles would hit your house or if you would just be kidnapped and raped.”

Ghazi wanted to do something, knowing it would be relevant to her degrees. Humanities courses she took in the BLS program included topics such as women, war, and conflict. The program helped shape the idea that she could return to Iraq to help. She just needed the right opportunity.

Education Amid the Rubble

Ghazi traveled to Mosul after completing her BLS degree with a plan to document her visit for future research projects. In Mosul, Ghazi was shocked to see the devastation and how people were living there. “What I saw was something that your eyes can’t believe,” she says. “Seeing a whole city down to the ground, it was something that I did not expect.”

“ISIS influenced their own radical education,” Ghazi says. “For the math books, when they teach children how to do addition, it was showing things like 2 guns plus 4 bullets equals what?”

BLS prepared Ghazi for the trip and her future in many ways. The online format allowed her to manage her family business, a young daughter, and coursework. Professors and advisors made the program achievable. The program helped her improve writing skills and develop research skills she used in Mosul.

Ghazi received the UNCG Theodore and Loretta Williams Research Fund for Arts Health Award this past fall to support her research about Mosul and was chosen to give a TEDx Talk about the idea of home and identity at UNCG in April titled “Lost in My Home for 12 Years.”

Getting the word out about what’s going on in Mosul is one way Ghazi determined she can help. She plans to build upon her experience there by pursuing a PhD and continuing her research. She hopes to turn footage taken there into a documentary, write a paper for publication about education during ISIS, and plans to include stories about the trip in a book about her life.

It all depends on opportunities. “If I find the proper support, I want to go to Mosul again,” she says. “I want to do more there.”

A Program That Helped Her Help Others

Opportunities have brought Ghazi so much already. When she first came to the United States, she didn’t know English but took ESL classes and earned her associate’s degree. A friend encouraged her to enroll in the BLS program with her.

She says the program educated her on a larger scale because she chose classes related to humanities that fit her future goals, with topics like women, war, death, reading, writing, and philosophy. “I got all the education that I felt like I even missed in high school,” she says.

“I always liked to help others,” she says. “These classes really helped shape me the way I wanted to achieve my goals.”

In Noor's Own Words

Learn more about the Bachelor of Arts in Liberal Studies program. Download a brochure. 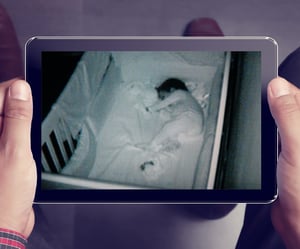 END_OF_DOCUMENT_TOKEN_TO_BE_REPLACED

You may wonder if a future employer will take your online degree seriously. The truth is, many employers know more about online degrees than they used to. In fact, for many employers, earning a degree online while working demonstrates many of the skills they are looking for.

END_OF_DOCUMENT_TOKEN_TO_BE_REPLACED

Subcribe to the Blog