Women and War Bring Insight to the Workplace 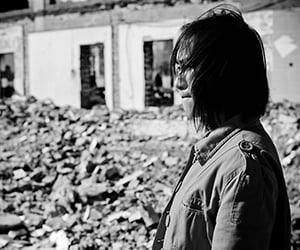 In Women, War, and Terror, a 7-week course in UNC Greensboro’s online Bachelor of Arts of Liberal Studies (BLS) program, students examine autobiographical writings focusing on women’s experiences during the Holocaust, war in the former Yugoslavia, and Stalin’s rule in 1930s Soviet Union.

BLS lecturer Dr. Carrie Levesque says it’s important to look at women in war because they have different experiences and vulnerabilities than men.

Because of their position in some of these societies, women may have had or felt like they had no power to change things. They had restricted access to education or jobs and no formal political leadership experience. When Jewish men were targeted first during the Holocaust, it created unique problems for women, who tried to maintain a normal family life with fewer resources or stayed to care for elderly family who couldn’t leave.

During other genocides, when all the men in a village were killed, women were left to provide for their families. In refugee camps, they may have searched for food and water without protection, putting themselves at risk for rape. After the conflict, women were left to rebuild societies and businesses.

“There are just so many different contexts in the world where this is an issue, where women are affected as women differently when war and terror happen than men are,” Levesque says. “We need to look at those specific issues to be able to change institutions to help them and better prepare them when you have these inevitable tragedies.”

Gain Context to Make Sense of the Past

The course uses autobiographical texts, student writing, and online discussions to give students historical context, help them be aware of current events, and form ideas about how to make positive changes. Students think critically and analytically, communicate clearly and effectively to convey their arguments, and gain cultural understanding.

“These readings help us see the ways that women are facing a lot of the same problems in contemporary conflicts,” Levesque says.

The course gives students a framework for examining and making sense of these experiences. When students hear about the genocide in Rwanda in 1994 or what’s happening in Bangladesh today with the displacement of the Rohingya people, they can see patterns, think about how women are coping in these current situations, and look at how we assign gender to human characteristics such as logic or fear.

Levesque says students express how eye-opening the course is. “We just get soundbites about what’s going on in other countries,” she says. “Now students have some lenses to examine these experiences. This course encourages them to dig deeper into what conditions have been and are like for women in other countries and how these conditions shape their experiences of the events in their country.”

Skills for the Global Workplace

“We talk about assumptions that we make when we lack information about another culture, how we’ll try to fill in gaps with whatever we hear in the media,” she says. “We talk about the

might challenge our preconceptions. I think that’s something people will take to their workplace.”

Find out more about the Bachelor of Arts in Liberal Studies program. Download a brochure. 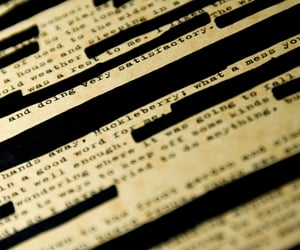 Not Your Typical College Literature Course

When Jay Parr was selecting titles for his Banned Books course, he wanted to offer students something different. So he stayed away from “obvious choices” on the American Library Association’s banned books list and dug deeper.